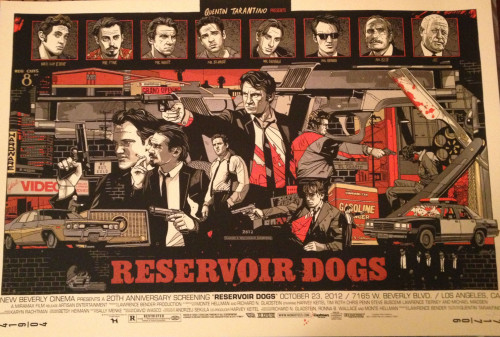 We wouldn’t dare to make a list on cool gangster movies without including a Tarantino flick in the mix. Although Quentin has a litany of kick-ass movies under his belt, we think Reservoir Dogs is his magnum opus. According to numerous rumors, this movie wouldn’t have seen the light at the end of the tunnel, had Harvey Keitel not pitched in with his own money. Thank you, Harvey! The plot isn’t complicated at all: a criminal boss hires a group of criminals to do a particular job. Unfortunately, the heist goes horribly wrong because of a rat in the group. The characters in the group turn on each other to find the rat and it gets real bloody by the end.