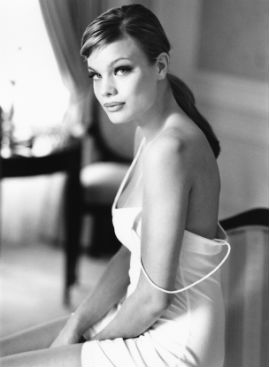 Shocker, the forever bachelor actually stayed with model Kristen Zang for a little over a year. With her rocking body, Kristen was worth keeping for a little while longer. The two broke it off just before Leo reached superstardom with Titanic in 1997. As his fame increased, so did his model fetish. Kristen is still one hell of a bombshell. She was another model turned actress in Leo’s life and was the lucky lady to be by his side at the premiere of Romeo & Juliet.