A perfectly timed photo can be a coincidence at times or a stroke of sheer luck and effort. But, when everything falls into place, the image captured can give immense pleasure to the world viewing it. Some of the people in the pictures have had to go through a world of hurt for our entertainment. Have a look at 12 crazy perfectly timed photos we have compiled below. Your experience can be greatly enhanced with a bag of popcorn. 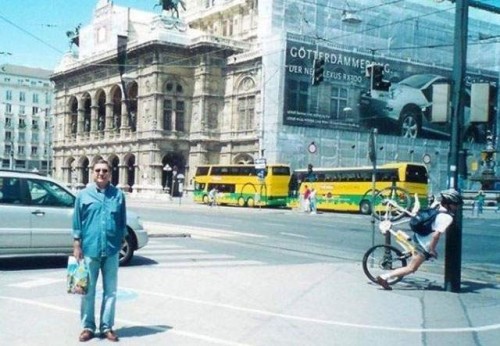 We haven´t come across many who have taken photo bombing to the level that the cyclist has. We aren´t exactly sure how he landed in that position, but the resulting image wouldn´t have been as alluring had he not dived head first onto the pole. We wouldn´t have blamed the photographer if he/she had a hearty laugh after the epic showdown.