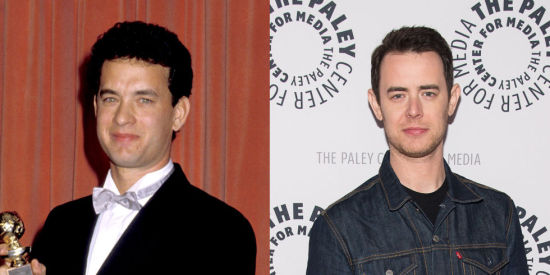 The family resemblance is clearly visible between these two – not only in terms of the facial muscular and skeletal structures, but even in the expressions of the faces themselves. Enter Oscar winning Tom Hanks, and his oldest son, Colin, whose mother is Tom’s first wife, Samantha Lewes. True to his father – not only in likeness but also in career choices and work ethic, Colin has gathered together an impressive work portfolio, including roles in Orange County, Roswell, Band of Brothers, Dexter, the TV series Fargo and The Good Guys. Tom recently plugged is oldest offspring’s directorial debut, taking to Twitter to promote his first full feature documentary All Things Must Pass: The Rise and Fall of Tower Record.